An Interview with Photographer Ali Bosworth

Victoria-based photographer Ali Bosworth’s work makes me homesick for a city that I don’t even live in and nostalgic for a city that is only three hours away from me. His sense of light and intimacy comes across so naturally, that rather than trying to create these moments, he photographs them as they are in front of him. In order to find out a little more about his practice and background I asked him some questions.

Cassandra Tavukciyan: Could you speak a little bit about how and why you started taking photographs?

Ali Bosworth: When I was quite young my dad gave me a simple camera before going on a family trip.  So afterwards I had that around but I didn’t use it much. Then when I was older he gave me an SLR and I took a lot of weird pictures that weren’t actually that different from my pictures now: there were bushes and our family cat.  I hadn’t been exposed to photography very much and I wasn’t approaching it with an interest in making any particular kind of picture.

Eventually I ended up taking pictures of friends or whatever, and that is when I first started taking a lot of pictures.  Then during the summer of 2006, for about two months, I had been hanging out with just these three friends all the time and ended up with so many photos of them from this really short time period that I had a show at an artist-run center here in Victoria that was a selection of 1000 of the photos from those two months tiled on the walls like wallpaper.  For whatever reason the process of taking all those photos was pretty effortless: they were good subjects and I was sort of automatically taking the pictures. I recall thinking afterwards that I couldn’t remember ever pressing the shutter.  I don’t know what that means but I think it was good practice, both in taking pictures but also in dealing with everything else related to it: scanning, editing, organizing, etc.

AB: I’m glad they feel natural to you.  For me they are very natural, and for Sinéad too, for the most part.  I think it is an archive of our relationship, but not a very good one. It’s an archive of pieces of time and specific places and the passage of the two. I realize that it is easy to view it as a fairly continuous document of what we are up to, but it totally isn’t – and I’m OK with that. There is obviously a lot that isn’t conveyed my photographs: both about our relationship and about each of us as individuals.

I think my photography has changed in general since we have been together so it is hard to untangle that from any change relating to our relationship.  I think the topic of Sinéad as a subject in my photographs is an interesting one but I don’t think I am the best person to speak on it. I like hearing other peoples readings of it.

CT: You seem to shoot obsessively, what drives you to pick up your camera every day?

AB: The better question is probably “What drives you to pull out your camera…” because I feel like “pick up your camera” implies that I am intentionally setting out to do something, which isn’t often the case. It became clear to me early on that I am better off always having a camera with me.  I don’t mean that I am using it all day, or even every day, but just that I have one if I want it. This is one of the reasons why I prefer small and relatively inexpensive cameras.

For the question “What drives you to pull out your camera”, I don’t have a very interesting answer.  As a rule I try to never pass anything up if it catches my eye: if I’m riding my bike and I notice something I make myself double back to take another look even if I am in a rush.  Sometimes I see something that causes initial pause and then decide not to take a picture.  I think part of this comes with experience and time: getting better at taking pictures is also about getting better at knowing when not to take a picture.  For me though there isn’t much of a reason not to take a picture, it isn’t costing me a lot of money or time, so I tend to fall on that side of the fence.

CT: Could you explain a bit about your recent involvement to the Capture Festival Show (Ensuing Pictures: The Peer-to-Peer Exhibition)? What do you think about the process of established photographers nominating up and coming photographers?

AB: Capture is a new annual photography festival in Vancouver featuring more than 55 exhibitions over a six month period. it is surprising that Vancouver hasn’t had something like this yet considering its rich photo history. Most of the associated exhibitions are independently curated by galleries all around Vancouver, but the festival organized two exhibitions themselves, one of these is “Ensuing Pictures: The Peer-to-Peer Exhibition”.

For this show curator Emmy Lee invited five established photographers with connections to Vancouver to nominate “emerging” artists who would then exhibit together. I feel very honoured that Jim Breukelman put my name forward and it was a really great experience to be part of the show. Jim has a lot of history in regards to photography in Vancouver. In the late 60s he started the photography program at the Vancouver School of Art which eventually became ECUAD. I had never met Jim until the opening, which is interesting because the other four nominees had all known or worked under their nominators.

The final exhibition was very diverse but worked well together. I think the process of asking the established photographers to suggest younger people is interesting and creates a unique dialog not often seen, most exhibitions tend to be firmly planted in one world or the other.

CT: You recently added a new page to your website going over the technical aspect of your photographic process including your go to camera, negative scanning and printing choices etc. What influenced you to do so?

AB: This is something that I still haven’t totally figured out, but I had a bunch of reasons for wanting to try it. Some of my favourite web pages are weird repositories of very specific information written by individuals, and I think this kind of page is underrepresented in the current state of the Internet.Part of my interest in photography is the technical side of it. I don’t think it has much to do with my pictures themselves but I do spend a lot of time thinking about it and it made sense to document it somewhere. I have also always had very little text content on my website, which I think is fine, but it is also a bit at odds with the non-human part of the Internet. Search engines sort of couldn’t care less about an image on my site: it just isn’t information that they can do much with. I feel some responsibility to have some more accessible content. At the same time I have never had any interest in combining words with my pictures, so having this totally separate but related set of information is kind of nice.

The first thing on this page is a warning about it probably being boring to most people, and I didn’t want most people to have to be confronted by it. Initially I hadn’t visibly linked to it from anywhere else in the site with the idea being that you would only end up there if you were searching for something related. I eventually linked to it from my “about” page.

I think that for whatever reason photography lends itself to frequent fetishization of equipment, and I don’t want to encourage that at all, but I think that everyone is curious about how other people are doing things and what tools they are using.

All the feedback I have received so far has been good and I have had a handful of emails from strangers thanking me for putting it up so I feel like it is doing what I was hoping it would.

CT: I really love your photographs from Greece and Turkey. Do you have any traveling and/or photographic plans for the future?

AB: Thanks!  As for photographic projects I don’t have anything noteworthy. I have been working on some book projects, most of them just for myself but there is something that I am doing with a friend that we might make available eventually. In regards to traveling, Sinéad and I are planning on a long trip in the new year, although we haven’t figured out any details. We are moving to Toronto next summer where Sinéad is starting law school and won’t really have any time off for the next three years, so we are doing this while we can! 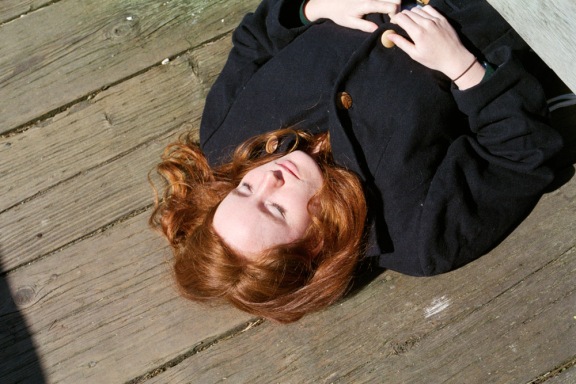 Thanks so much for your time Ali. I wish you and Sinéad the best of luck in Toronto and I look forward to seeing your new work in the future!

You can check out more of Ali’s work here www.alibosworth.com and his work at the Concourse Gallery in Emily Carr University up till October 27th